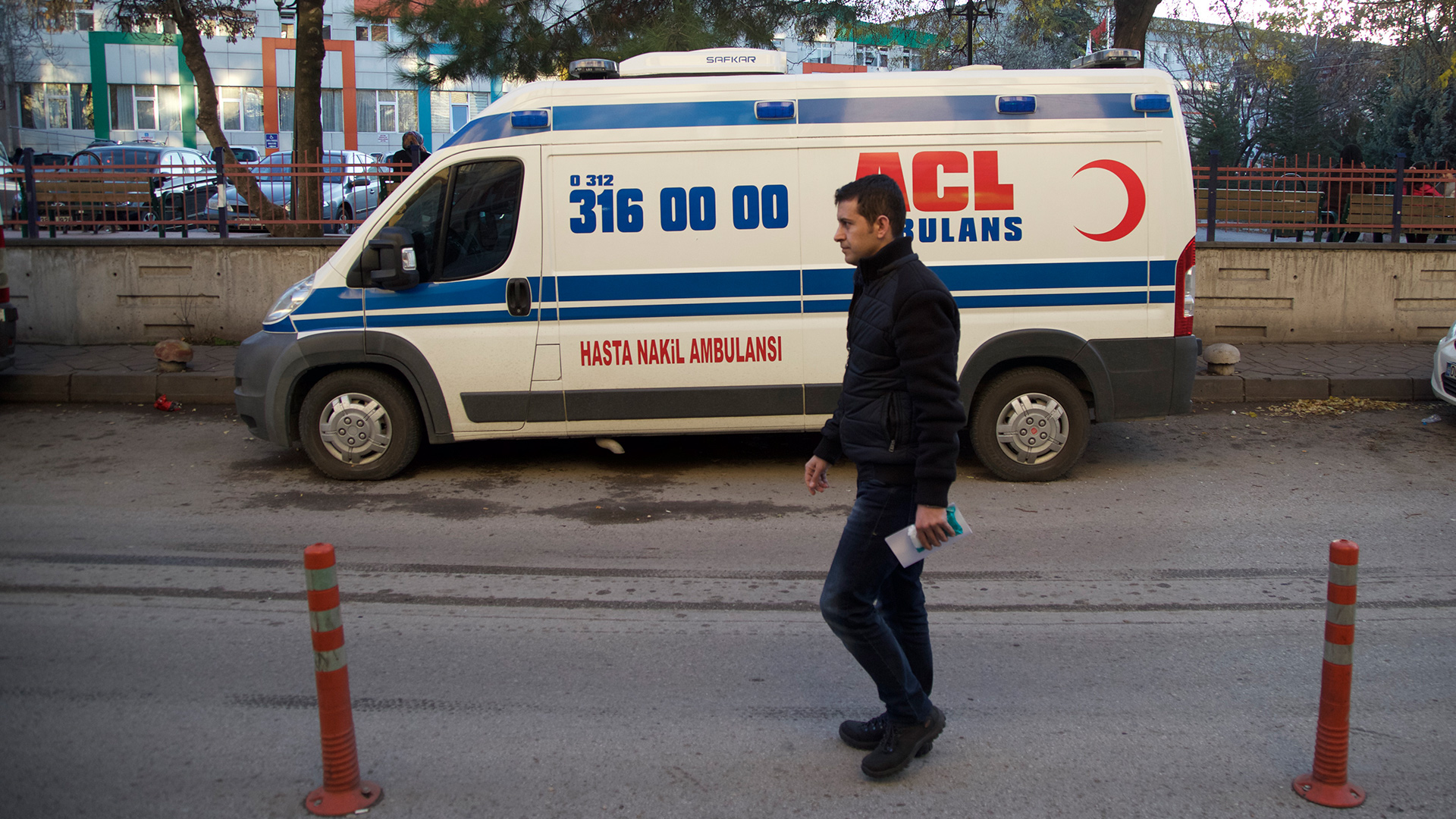 Iraq was no place for a sick child. Diagnosed with stomach cancer, nine-year-old Karrar Hayder faced terrible odds. Food shortages led to malnutrition. Decades of war have left the country with sparsely equipped hospitals, a shortage of health-care workers, and a massive influx of patients with conflict-related injuries.

Hayder's family finally decided that leaving their home country was safer than staying after a militia attack on their home cost his mother her eye. They crossed the border into Turkey. 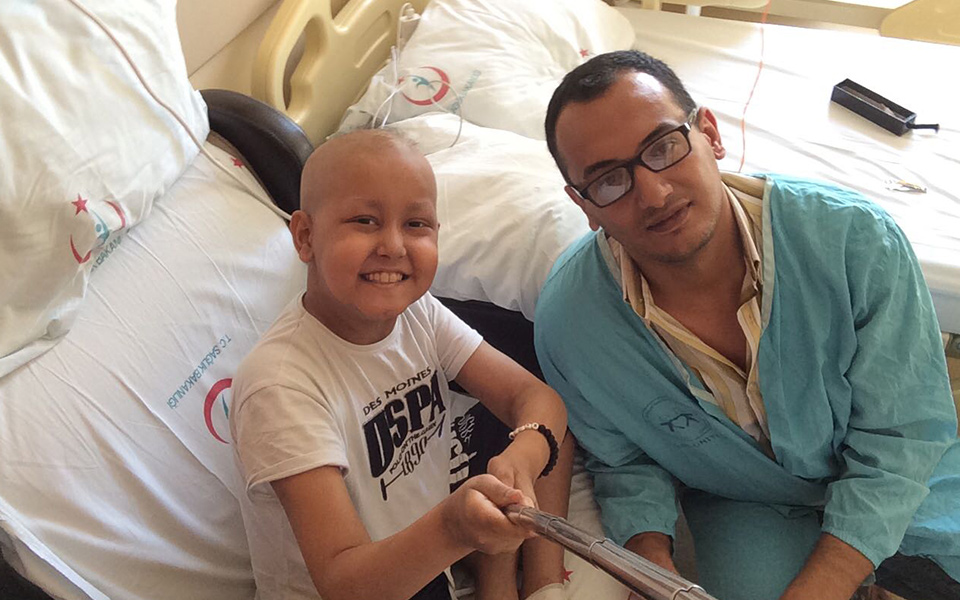 Last spring, Karrar's father, Saddam Hayder, walked into a registration office in Ankara and registered for a refugee ID card with the UNHCR, the UN Refugee Agency. Then he opened Google Maps and headed straight to the first children’s hospital he could find.

Hayder was not prepared for the language barrier with the Turkish medical practitioners. Hospital staff called over a translator, Abjar al-Bayati, who is also from Iraq.

With few medical options in ISIS-occupied Mosul, Al-Bayati sought refuge in Turkey with his children and his brother's children, mainly to seek treatment for his niece's cancer. He too headed straight for a children's hospital. The facility was overwhelmed with Arabic-speaking patients, and staff struggled to understand them and meet their needs.


... an unprecedented flow of people in transit with significantly different health needs from those of settled migrants.


The hospital director there saw value in al-Bayati's language skills and hired him as a translator. Refugees from war-torn Syria and Iraq were arriving by the thousands, many of them carrying personal traumas.

Al-Bayati has witnessed asylum seekers constantly shouting in their sleep, and seen rare cases like a child with no teeth, the result of an unaddressed jaw infection. Some Syrian children have become paralyzed because they failed to receive vaccines at the proper age.

"Turkish doctor[s] here, they are not accustomed to handle that kind of problem," says al-Bayati. "They have rules, they have certain cases they follow like one, two, three steps. So this is new for them. Also, the war trauma that they have to handle."

National health systems across the EU are feeling the strain of what Médicins du Monde called an "unprecedented flow of people in transit with significantly different health needs from those of settled migrants." Turkey has been hard hit by this after the 2016 EU-Turkey deal significantly increased the number of migrants in the country.

International protection applicants, like the Hayders, receive basic coverage under Turkey's general health insurance plan, with immediate access to emergency services in public hospitals. But specialists are in high demand, and treatment for chronic conditions can be pricey. Public hospitals, like the children’s hospital in Ankara, see so many patients every day that only the most pressing emergencies are prioritized.

Resettlement is the best option for some refugees living in Turkey with complicated health problems. But they require an official letter from a doctor verifying that treatment in a third country will be life-saving — as well as eventually healing the patient to the point of self-sufficiency. 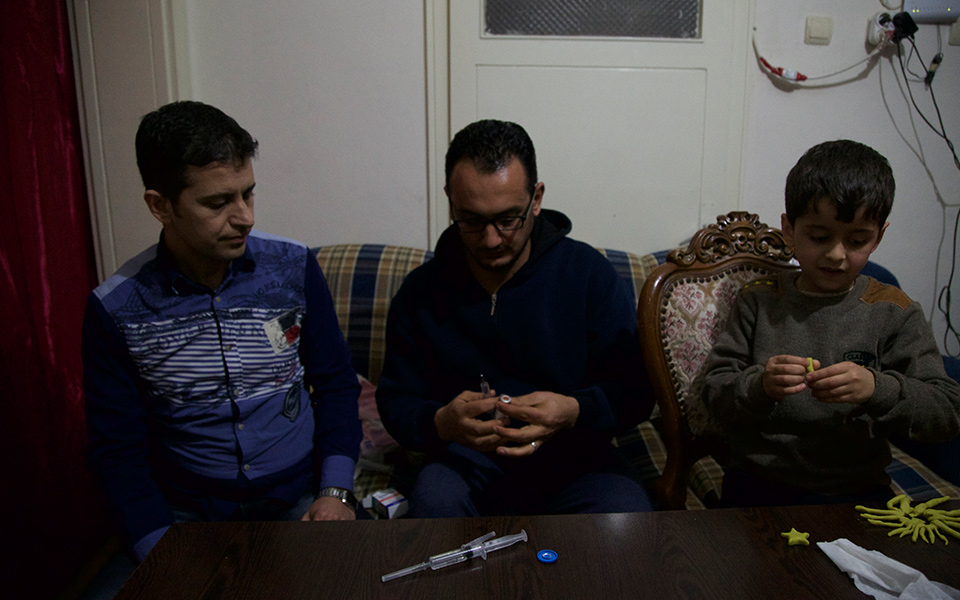 
The Hayder family moved a few blocks away from the hospital. As they navigated the foreign health-care system, al-Bayati helped translate for his new neighbours, sometimes even over the phone when he couldn’t attend appointments with them.

Karrar's condition worsened. His parents continued to file reports and search for any treatment that might save him. All the while, the boy still laughed and joked with his family, encouraging them with his optimism that they would rebuild their lives. 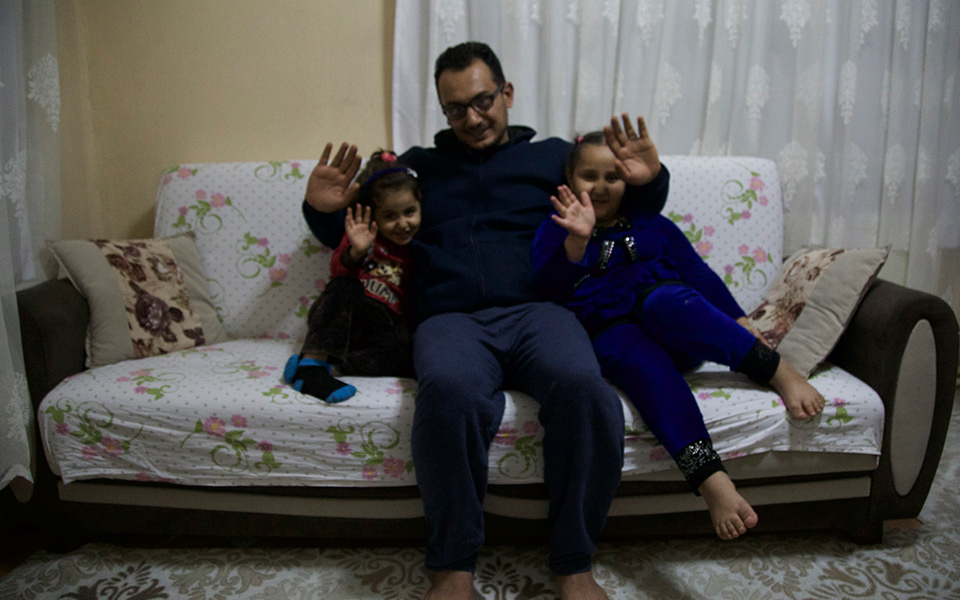 After five months, the Hayder family finally received a sufficient doctor's report on Karrar's condition. A potentially life-saving treatment existed in the U.K. They submitted the papers to the UNHCR, and had their first resettlement interview shortly after. But the doctor advised them that those first five months were crucial to Karrar's chances of survival.

"The doctor, she said, 'Now it will not help you at all, any treatment, because it's too late," Saddam says.

The process slowed to a halt when they submitted their case to the U.K.'s embassy. The doctor was right—it was too late for Karrar. He died on November 27.


The doctor, she said, now it will not help you at all, any treatment, because it’s too late.

"He was very close friendship with me and with my wife, we were communicate with him, we were joking with him and we will talk with him or we talk about dreams with him," Saddam remembers. "When we lost him, like we were in very trauma and we were shocking. And until now we couldn’t believe it. So we don't desire to make any friends with anyone and we don't want to communicate because we still like, can't believe what happened.”

Selin Ünal of UNHCR Turkey says that with over 3.5 million refugees in Turkey, and a global resettlement quota of 17,000, the organization can only promise resettlement to “the most vulnerable cases.” In 2017, 14,900 refugees were formally resettled from Turkey through the UNHCR.

"This is solidarity issue, when we are talking about resettlement and those quotas given by the third countries"  says Ünal. "We are talking about lives of people, difficulties of those people, and some durable solutions and approaching this for people to go through their lives as you, me, as anyone as a human being — this is a humanitarian issue and this needs a global responsibility."

While many hospital cases weigh heavily on him, Al-Bayati was especially attached to Karrar. He helped arrange the flight for the boy’s body to be flown back to Kirkuk, so he could be buried in his hometown following Shi’a tradition. Both families watched the three-day ceremony unfold over Facebook. 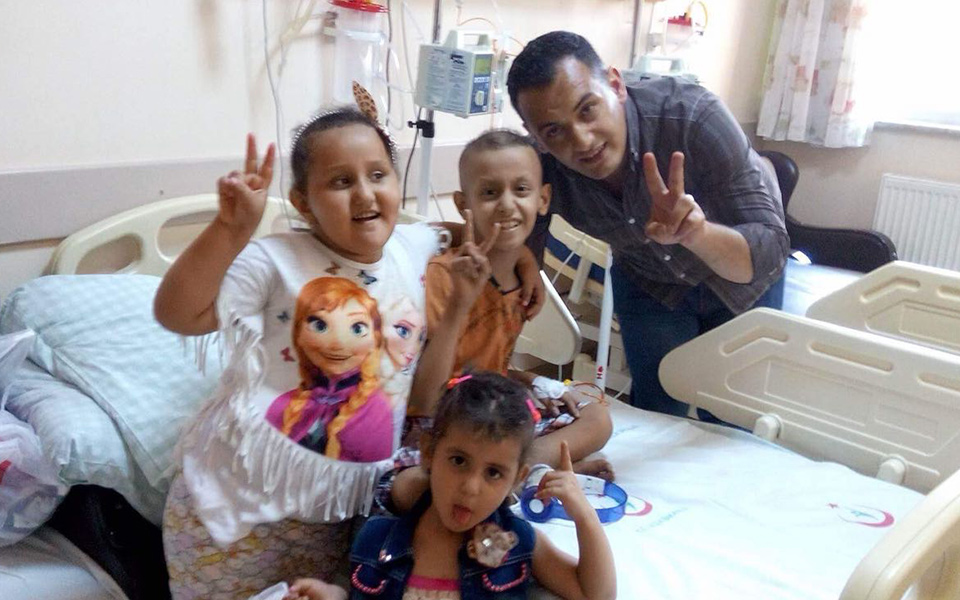 Al-Bayati says it was difficult watching a friend lose his son. But after years of war and unrest, losing brothers, children, and homes, Iraqis in Turkey experience grief in a way that's often confusing to their new neighbours.

"The Turkish people they ask us a lot, 'When you have a funeral, or someone in your family die why you don’t cry?'" says al-Bayati. "'We see you — you cry for like 15 minutes and you stop, while for us, we stay for days and days we are crying. Why are you not crying?' And I answer them like, we are very accustomed, people from Middle East, war make us very accustomed to lose beloved ones, so our heart turns to stone." 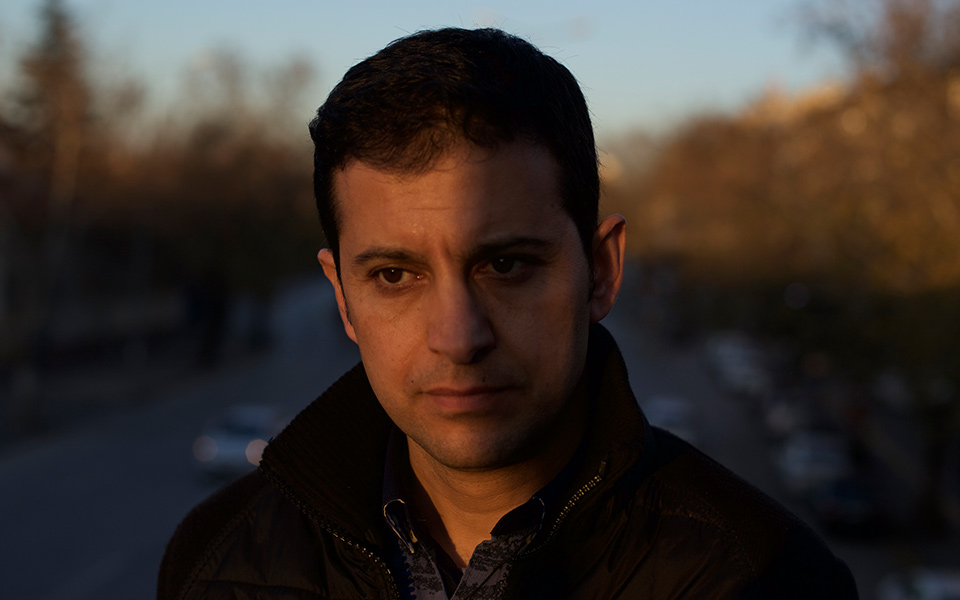 Abjer al-Bayati came to Turkey to escape violence in Mosul and to seek medical treatment for his niece. He was then hired by the hospital to translate for patients. (Photo: Alex Migdal)

Karrar's family is still grieving his loss. They have two young daughters, Ayaa and Narjes, who rarely leave the house. Rashaa is also seeking therapy for the trauma. Both parents say the only thing motivating them now is the hope of resettlement, so they can build a better life for their daughters.

But Rasha is worried that the atrocities the sisters witnessed may affect their health, too. A Turkish doctor told Rasha that the girls are likely suffering from war trauma.

"I am afraid that my daughters will have the same disease like my son. I am very worried about that. Because I only have these two daughters now."

This story is a part of Stuck, a series co-produced by the UBC Graduate School of Journalism and HuffPost Canada. A team of International Reporting Program fellows spent eight months researching and reporting on the asylum seekers and migrants from the Middle East, Africa and Central Asia who pass through Turkey. The series follows the journeys of migrants throughout Turkey’s two-tiered immigration process, and shows the complex system than non-Syrians face as they try to start new lives in Europe.