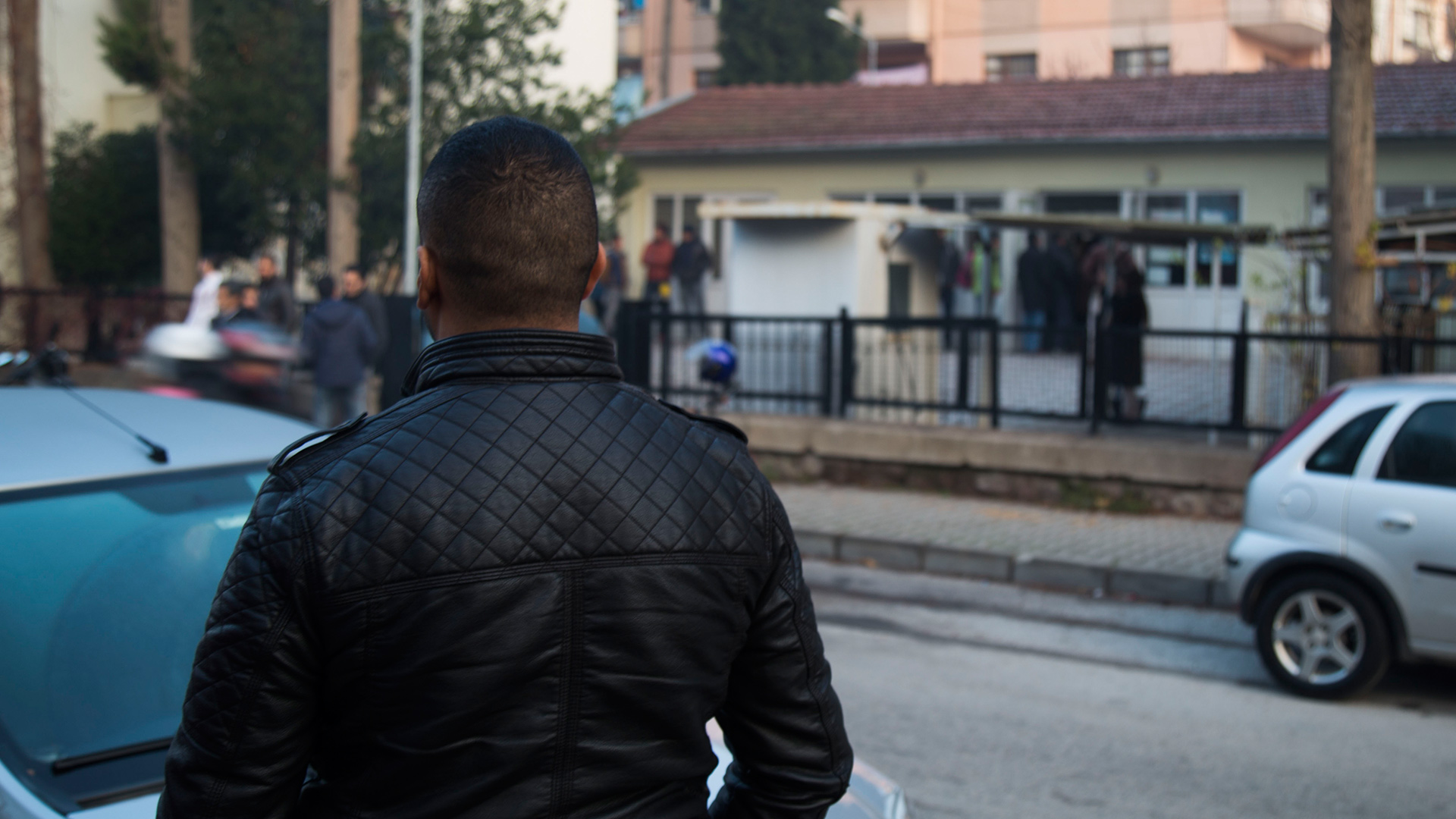 In Turkey’s satellite cities, refugees have to work together to survive.
By Andrew Seal & Sharon Nadeem/UBC 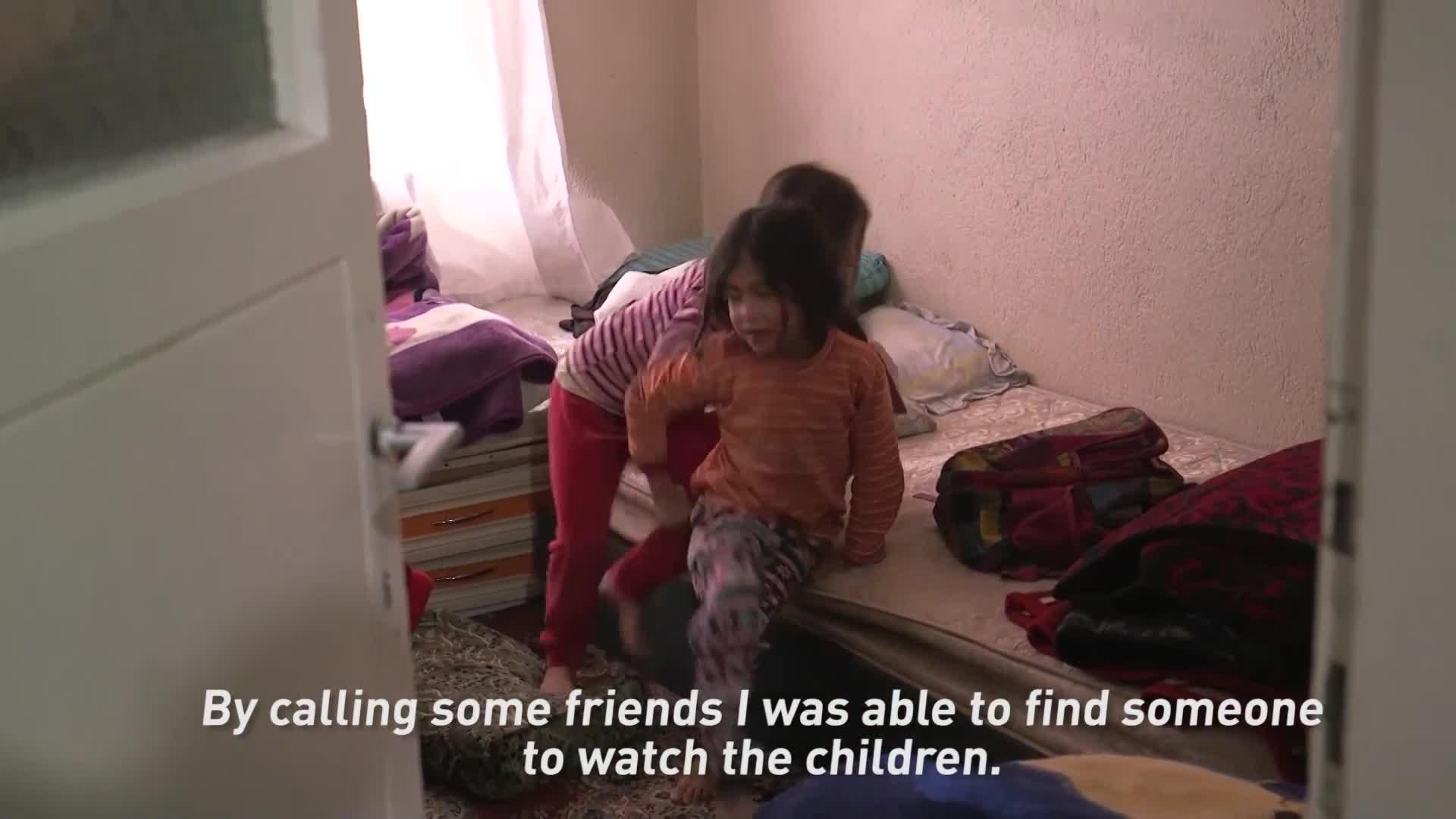 When Abu Nashmi and his wife stepped off the bus in Balikesir for the first time, they didn't know anyone. They didn't know the language, and they didn't know where to go. Three years later, Nashmi's phone vibrates; a new family has arrived in the Turkish city and they are in the same position he was.

But this new family has another resource available: a network of thousands of refugees who were once in their shoes. After struggling to navigate his way to a new home and work, Nashmi took to social media to build a network for refugees in the city, creating the Facebook group, Arab of Balikesir.

Satellite cities like Balikesir, a provincial capital dominated by its manufacturing industry, offer refugees a safe place to live and the chance to send their children to school, but no way to make ends meet. There are few opportunities to work legally and many landlords won’t lease to refugees, because they’ve gained a reputation for not paying rent, says Nashmi.

Most of the asylum seekers with jobs work in the informal economy, meaning long hours for little pay. Iraqis and other refugees in Balikesir struggle to put food on the table, coal in the heater, and school books in their children’s hands. The only support they have is each other.

When I came here in 2015, all the refugees hated each other … No one helped anyone else.

"When I came here in 2015, all the refugees hated each other … No one helped anyone else," says Nashmi. "I like to help people so I started the group."

Arab of Balikesir now has more than 3,900 members and sees up to 20 posts per day for help. People in need send out requests, and those who have extra respond with what they can provide — sofas, beds, mattresses, TVs, ovens — and Nashmi gets it from one to the other.

Nashmi might not be a cop anymore, but you wouldn’t know it to look at him. He is almost always emotionless, further accentuated by a buzz cut, tinted aviators and black leather jacket. Nashmi had reached the rank of captain in the Iraqi police force when ISIS overran his city. He says he started supplying intelligence to government forces, but had to flee when ISIS caught wind of it, earning him a bounty on his head.

The refugees in Balikesir are a mix of Christian, Sunni and Shia faiths. Fearing there may be ISIS sympathizers among them, Nashmi keeps his true identity hidden. His public online name is actually "James Smith," but his work in Arab of Balikesir, where all are welcome, regardless of religion, has earned him the name Abu Nashmi, or "the one who cares" in Arabic.

"I found that social media was the greatest way to help others. It's free, it's simple and you connect as many people as you can," he says. The inspiration came from another Refugee Buddy Network, an international Facebook group that connects Western volunteers to refugees and asylum seekers across the world, many of whom are stuck in Turkey. That group has over 35,000 members, including human rights lawyers and aid workers, who respond to posts by refugees needing help. Support can range from legal to emotional, where refugees are sometimes assigned a "buddy."


"Sometimes all they need is someone to talk to, to know someone in the world cares," says Serena Matter, a Canadian aid volunteer on Refugee Buddy Network. She has adopted a few buddies, fundraising and staying in regular contact with them as they navigate the refugee world.

Nashmi works as an admin of the group, translating posts, sussing out whether the refugee's plea for help is valid, and assisting other volunteers with their "buddies." His work on the group caught Matter's attention. She's a self-employed writer and digital marketer who dedicates her research skills to helping refugees in her spare time. Nashmi gave her a hand with her cases, providing the perspective only a cop-turned-refugee could. So when Matter had the opportunity to privately sponsor a refugee to Canada, she knew exactly who she wanted to bring.

"He was always helping others and I wanted to help him," she says.


Sometimes all they need is someone to talk to, to know someone in the world cares.


The problem is, Nashmi isn’t legally recognized as a refugee yet. When someone enters a country and applies for refugee status, they are considered an asylum seeker until UNHCR, the UN Refugee Agency, interviews them and evaluates their claim. If their claim is deemed valid, they are given a document certifying them a refugee. In most cases, this is needed to apply for sponsorship or resettlement. In Turkey, however, the migrant influx has slowed this process to a near halt.

Recognizing this, Canada started accepting privately sponsored Iraqis and Syrians without official refugee status. In December 2016, it was announced only 1,000 more would be admitted under the exemption. Matter put together the application package — 110 pages of documents — as quickly as she could. A response from the Canadian government arrived about a month later; they missed the quota. Now, the package sits in a fire-proof safe in Vancouver, and Nashmi is still in Balikesir.

"It's been three years now and I still haven’t even been accepted [as a refugee]," says Nashmi. He had one interview with UNHCR and was told to wait for the next one. It's tentatively scheduled for March 2022. But, according to İbrahim Vurgun Kavlak, general co-ordinator of the Association for Solidarity with Asylum Seekers and Migrants, the interview might never happen. "The process has been suspended for Iraqis," he says. "We know that they will never be invited by UNHCR, because, 150,000 people, it is impossible to do."

UNHCR denies this, stating that claims aren't processed based on ethnicity, but vulnerability. When asked about Nahsmi's situation — his refugee status would allow him to leave the country and their system without any resettlement help from UNHCR — it was the same answer.

"We go through a vulnerability criteria and it takes time," says UNHCR media spokeswoman Selin Unal. "They can have lives here as well," she adds. 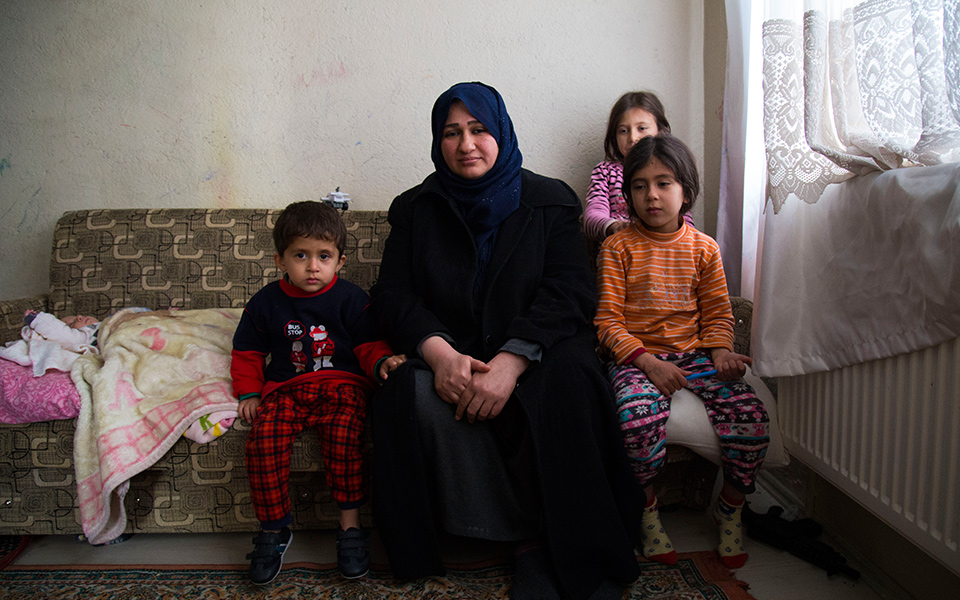 The Facebook group helped Inas, a single mom, to find a house and furniture. (Photo: Sharon Nadeem)
This leaves most Iraqis in Balikesir with two legal options: stay in the city indefinitely or return to Iraq. As far as Nashmi is concerned, the former is his only choice. After he fled his home for government-controlled territory, Shia police captured him on the way and detained him for 56 days, he says. "Iraq is not safe. I'm a police officer and I was tortured by police officers. I even had my badge on me. So, where should I go next?" he says. "I came to Turkey."

Living illegally or being smuggled to Europe are not ideas that Nashmi entertains either. Leaving your satellite city means abandoning your applications for refugee status and resettlement. It's also dangerous. "I don't believe there is a future for these people [who reach Europe illegally]. They will be sent back eventually," says Nashmi. "I’m not going to put myself in harm's way to go to Europe. I will wait."

But for how long, he does not know.

For now, Nashmi is keeping busy with Arab of Balikesir, but Canada is still on his mind. "I was making a joke that I will change it to Arab of Canada later," he says. "But I'll still be in the group helping, even if I'm resettled."

This story is a part of STUCK, a series co-produced by the UBC Graduate School of Journalism and HuffPost Canada. A team of International Reporting Program fellows spent eight months researching and reporting on the asylum seekers and migrants from the Middle East, Africa and Central Asia who travel through Turkey. We follow their journeys through Turkey’s two-tiered immigration process, and reveal the complex system faced by non-Syrians face as they try to start new lives in Europe.